Who Knew #1 Did the High-Five Originate From the Dodgers? 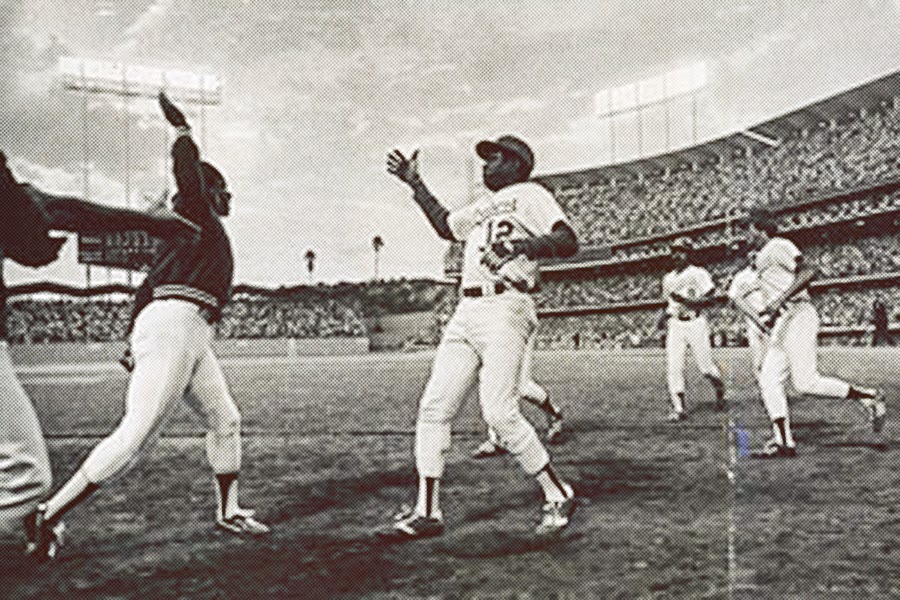 You think about high-fives and you think that  they have always existed. I mean what did professional sports athletes do when they celebrated after success? The term high-five became part of the Oxford Dictionary in 1981, so it can not be really old.

Although there are many different theories on the evolution of the high-five the most intriguing one and perhaps the most documented one in sports is that the high five originated in 1977.

According to online magazine The Week,


IT WAS OCT. 2, 1977, the last day of the regular season, and Dodgers left fielder Dusty Baker had just gone deep off the Astros' J.R. Richard. It was Baker's 30th home run, a wild, triumphant moment as the Dodgers headed to the playoffs. Glenn Burke, a young outfielder whose astonishing physique and 17-inch biceps earned him the nickname King Kong, was waiting on deck. In front of 46,000 screaming fans at Dodger Stadium, Burke thrust his hand enthusiastically over his head to greet his friend at the plate. Baker, not knowing what to do, smacked it. "His hand was up in the air, and he was arching way back," says Baker, 62, who's now managing the Cincinnati Reds. "So I reached up and hit his hand. It seemed like the thing to do."
Burke then stepped to the plate and launched his first major league home run. And as he returned to the dugout, Baker high-fived him. From there, the story goes, the high five went ricocheting around the world. This simple, timeless gesture, it seems, was invented then and there in Dodgers Stadium by Burke, though sadly the game was not televised, and no footage survives of the first man to go up top.

ESPN did this documentary of this special moment and actually revealed that Glenn Burke creator of the high-five was gay.  Apparently his career was derailed  due to being openly gay. His situation was very similar to Jackie Robinson's breaking the color barrier but was not very successful. This video which talks about the high five goes more into detail about Glenn Burke career and story.
According to ESPN,

By 1980, the Dodgers were selling "High Five" T-shirts with a trademarked logo of two upraised hands connecting. A promotional poster explained: "The 'High Five' salute has become the Dodgers' standard salute during the 1980 season. It is given customarily following a home run, good defensive play or Dodger victory."

Glenn Burke walked away from baseball after four seasons with a career .237 batting average. But as he told a newspaper reporter years later: "You think about the feeling you get when you give someone the high five. I had that feeling before everybody else."

Whether you want to believe this version of the creation of the high five or not it is still a great story. Who Knew!
Posted by Unknown at 9:56 PM