Who Knew #3 Vail Field in the now City of Commerce

Who knew there was an airport called Vail Field.


Through hours of research I did not come across an exact date of when Vail Field became an airport but it dates back to the mid 1920’s. Vail Field was historically important for being one of the first airports in Los Angeles to deliver mail by flight.

Los Angeles Times recently republished an article from 1929 about the Western airmail service,

The first east-bound night air-mail plane of the new coast-to-coast service roared away for the East last night from Vail Field at 7 o’clock with Jimmie Jones, veteran pilot of Western Air Express at the stick. New Yorkers are scheduled to receive letters contained in the 591-pound load of mail tomorrow morning, this saving a complete business day over the daylight air-mail run.
Today at 5:30 a.m. the first plane load of mail on the westbound trip is expected to arrive at the Western Air Express terminal at Vail Field….
Four new Boeings have been purchased by Western Air Express to rush the mail through the night on the 600-mile Los Angeles-to-Salt Lake leg of the national airmail hook-up. The ships are capable of 150 miles an hour and have a cruising speed of 125 miles an hour. Each plane is powered with a Pratt & Whitney motor of 525 horsepower and carries the latest equipment for night flying….
If the night planes stick to schedule the mail which left here at 7 p.m. yesterday arrived at Salt Lake at 1:45 a.m. today, left at 4 a.m. and will arrive in Chicago at 6 o’clock tonight. Two hours later it is scheduled to leave for New York and arrive there at 6:45 a.m. tomorrow, early enough for delivery on the second day after the local takeoff. 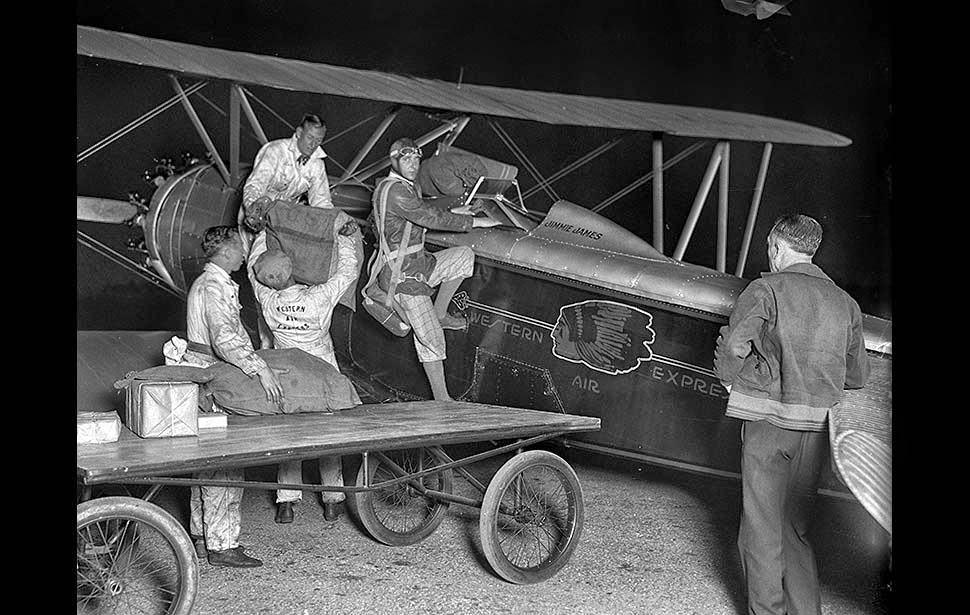 In 1927,Charles Lindbergh was the first pilot to fly a single seat, custom built airplane, non-stop flight from New York to Paris. It took him a total of 33 hours to fly from the U.S to France.

After his transatlantic flight, Lindbergh went on a nationwide tour on his Spirit of St. Louis and actually stopped on Vail Field. 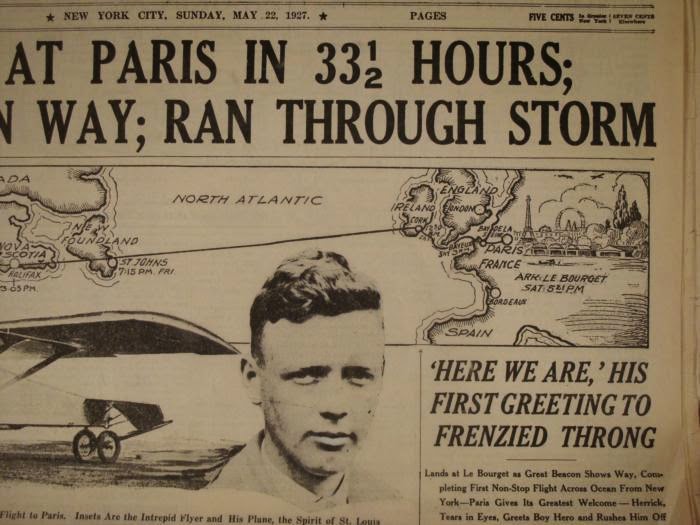 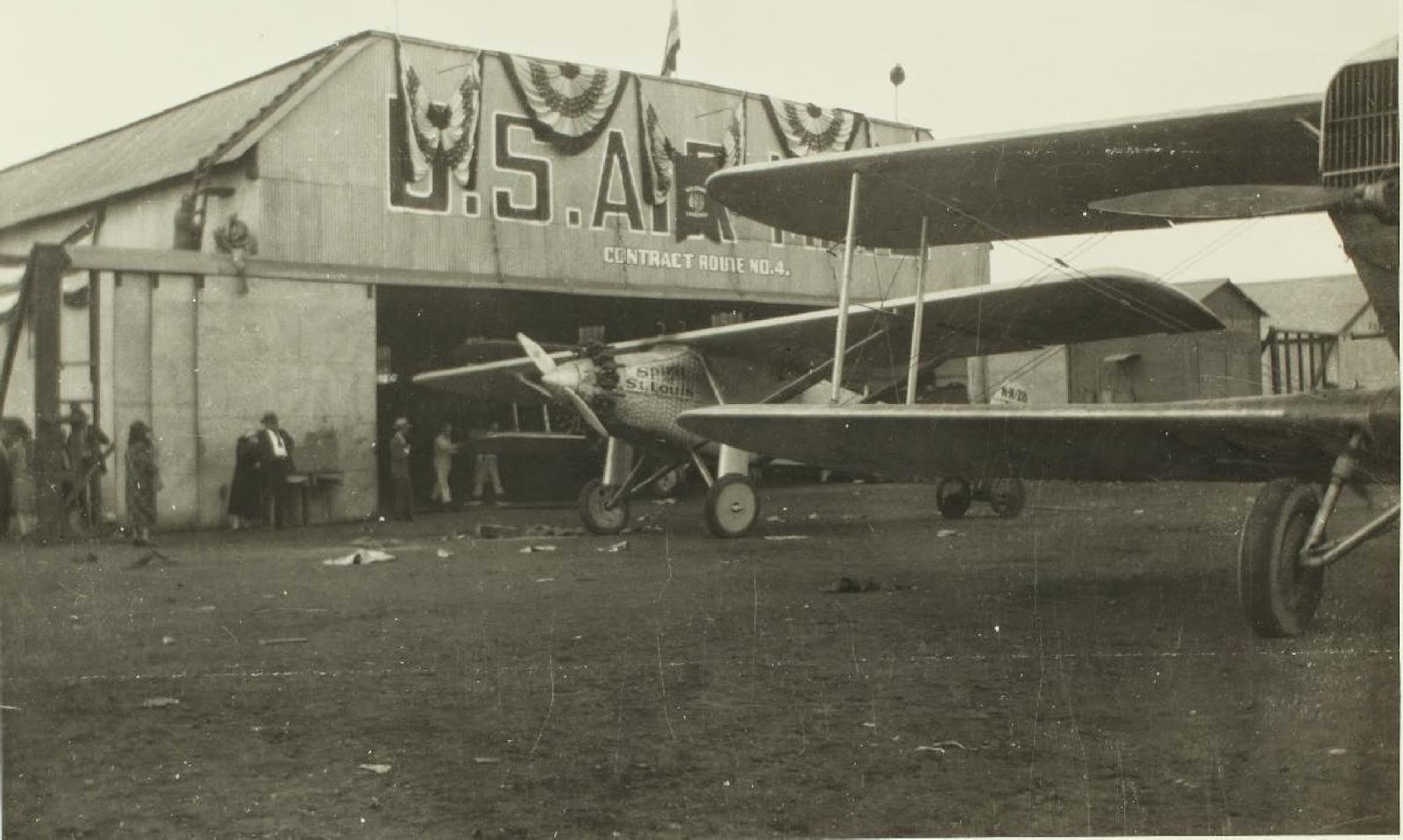 By 1947, Vail Field was known for having  220 planes and was considered the busiest airport in LA County. 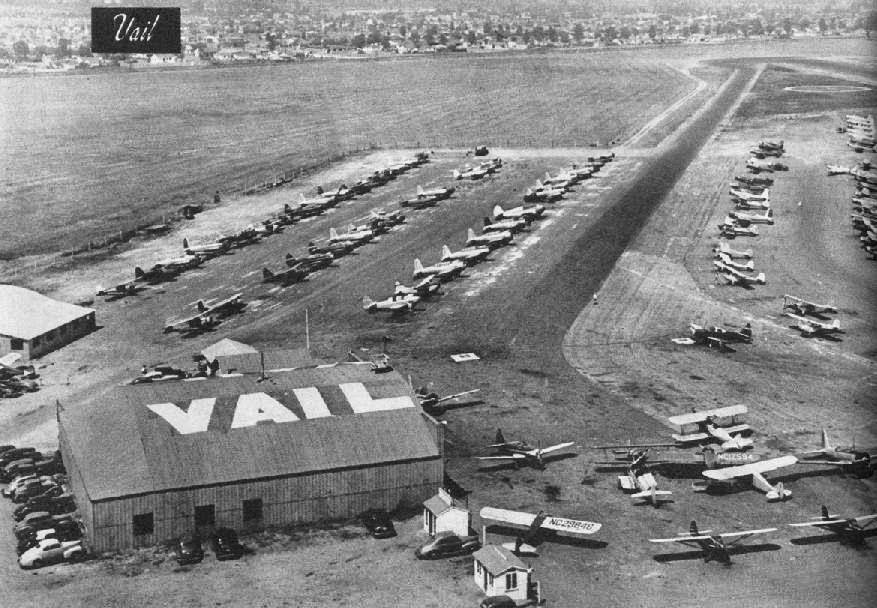 Mines Field which competed with Vail Field during the 20's and 30's transformed into the Los Angeles Airport by the end of World War II (Present LAX) Vail Field was evidently closed at some point between 1950-53 due to development around the area. 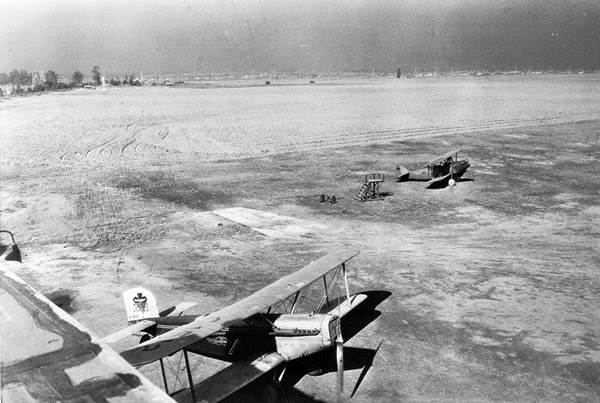 Now you ask someone from Montebello to tell you a brief history of Vail Field and they would say that it was under their city limits ask everybody else it belong to  Los Angeles. (Commerce became a City in the 60's) All of the articles that I found list Vail Field as an airport in Los Angeles. Now there is not an exact location or address to where I can say Vail Field was located but if we look at our current existence of streets it was somewhere near the intersection of Garfield Avenue and Washington Blvd

Overall, the location of Vail Field is located in the border of Commerce and Montebello

Interesting tidbit: There is a Vail Ave that runs from Commerce to Montebello near the area of the field and it intersects Mines Ave. (Short 1 mile street in Montebello that be named after rival airport Mines Field which became LAX)
Note: There was a smaller airfield in Maywood in present Atlantic and Slauson and there was also an East Los Angeles Airport somewhere in that area.
Posted by Unknown at 10:44 PM