Who Knew #8 L.A.'s Booming Auto Industry a Thing of the Past

When you think about car plants and factories,  automatically you think Detroit, Japan something other than Los Angeles.  From the 40's all the way to the 60's the booming auto industry cut through the heart of Los Angeles County.

There was the Chrysler plant in the City of Commerce, the Ford plant in Pico Rivera, the General Motors plant in South Gate, the Studebaker plant in Vernon and the Willys-Overland plant in Maywood. All these plants within miles of each other turned Los Angeles into the second-largest auto-making center in the nation, behind Detroit.

Chrysler Plant in the City of Commerce

The plant began in 1932,  making Plymouth and Dodge. Dodge cars were added in 1941 before the plant was taken over for World War II needs to assemble airplane engines and  B-17 and PV-2 cabin tops. Car production began again 1948, this time adding DeSotos to the lineup. 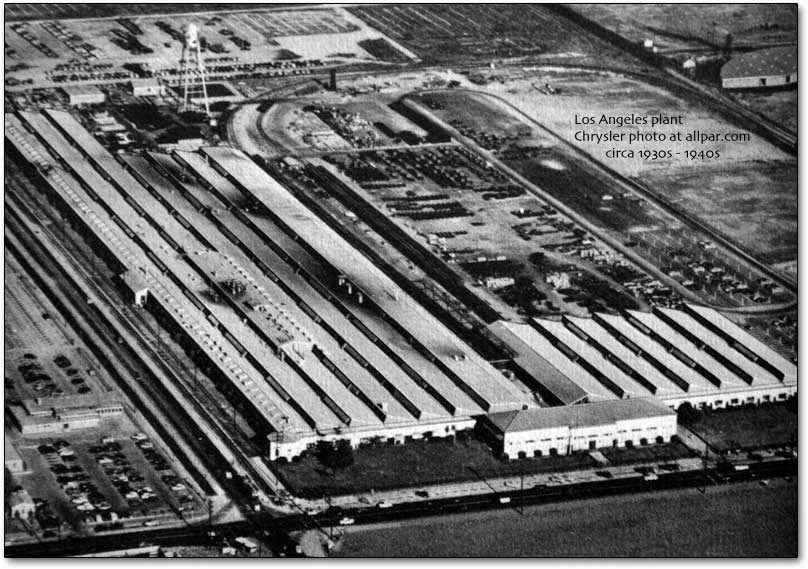 If you been to the Pico Rivera Town Center (Walmart, Lowes, Marshalls, Ross) you are in the location of the Ford Plant! 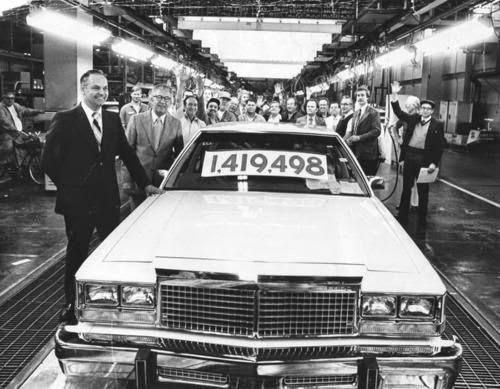 The site covered 157 acres and  produced a total of 1,400,000 automobiles in its lifetime. The Ford Plant was known for its Ford Falcon, Ford Thunderbird. 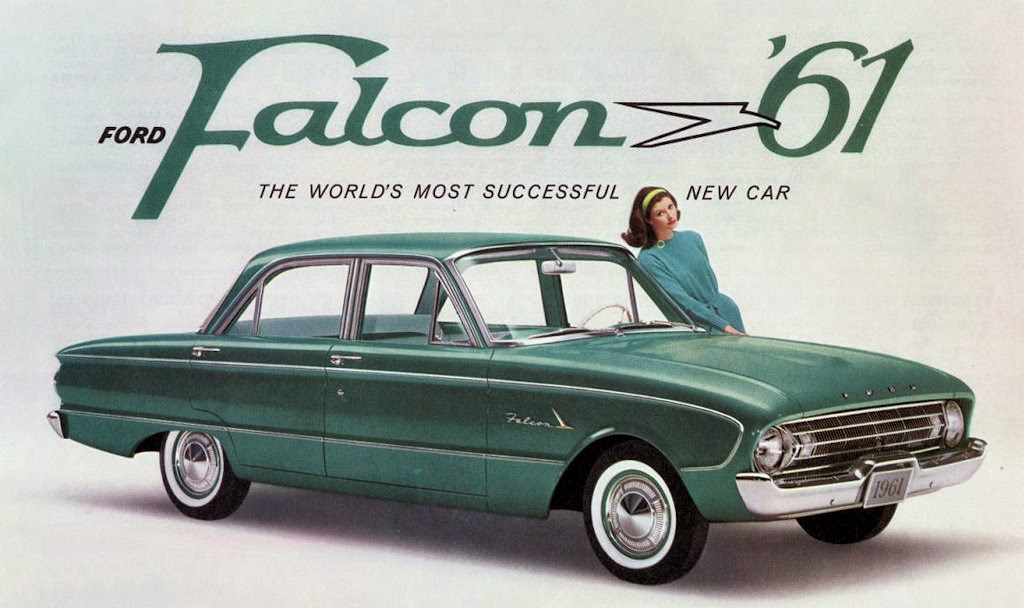 Fun Fact: After the Site closed down, it was purchased by Northrop Grumman, who developed the B-2 Bomber.

General Motors opened up shop in this small industrial city south of Los Angeles in 1936 as their West Coast plant for building Pontiacs. South Gate always built full-sized cars, except for a short spell building compacts for Pontiac, Buick and Oldsmobile in the early 1960s. This site produced Chevrolet Impallas in the 60's and Chevrolet Vegas in the 70's.  It kept on building various GM products until its closure in 1982 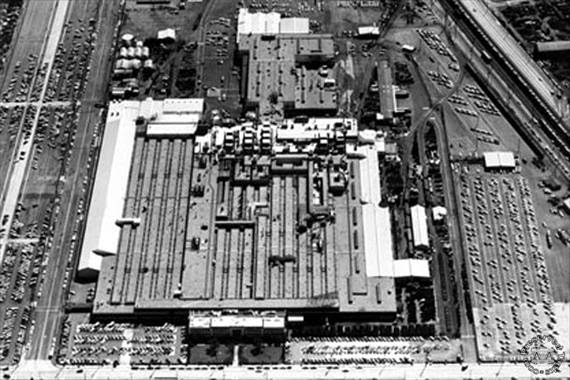 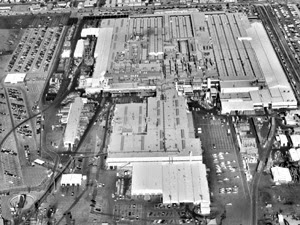 Studebaker was a United States wagon and automobile manufacturer based in South Bend, Indiana.  The Studebaker Plant in Vernon opened in the late 30's and would produced on average 64 cars a day. The plant was close in 1956 due to small production and economic struggles. Studebaker automobile company ceased operations in 1966 with the last plant closing in Ontario, Canada 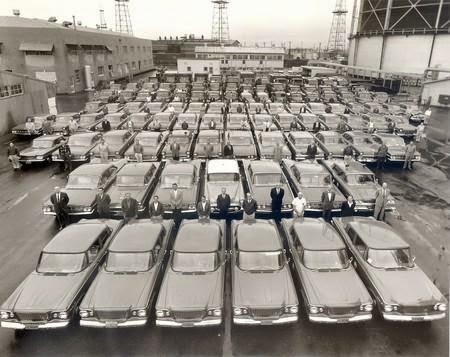 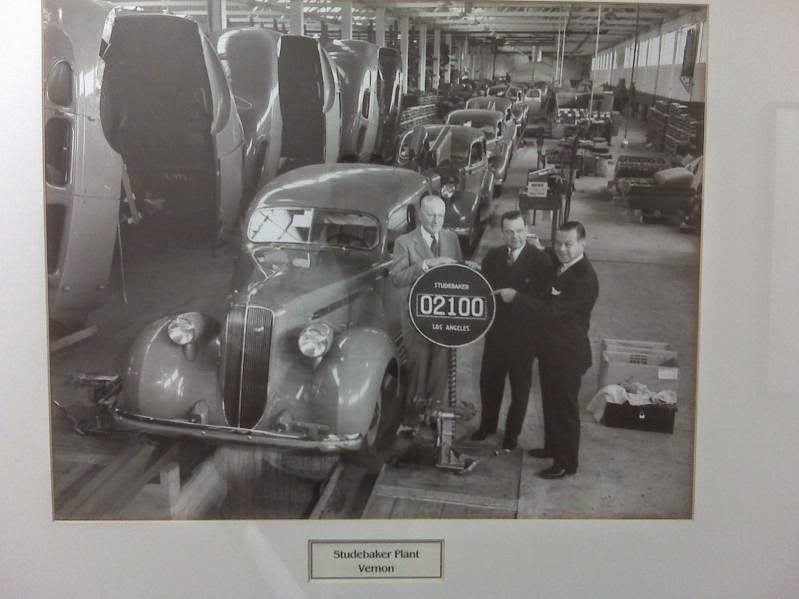 The Maywood plant first opened in 1929 to supply vehicles to the Pacific States. The company from Toledo, Ohio opened a state of the arts 1.5 million assembly plant and employed about 900 people. Willys-Overland was the second major automobile manufacturer to build a company in the area. Like every other plant during World War II the plant focused on vehicles that would support a war fight. This plant began an an assembly of Jeep Trucks. The plant closed in 1954, after Kaiser Motors purchased Willys-Overland.

Fun Fact: Willys-Overland is credited with the Jeep, when Kaiser Motors purchased the company they changed their name to Kaiser Jeep. When Kaiser Jeep was purchased by AMC in the 1970's they became the Jeep Corporation which still operates today! 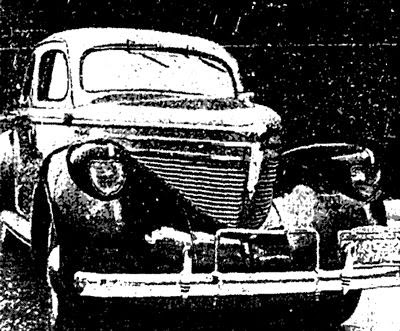