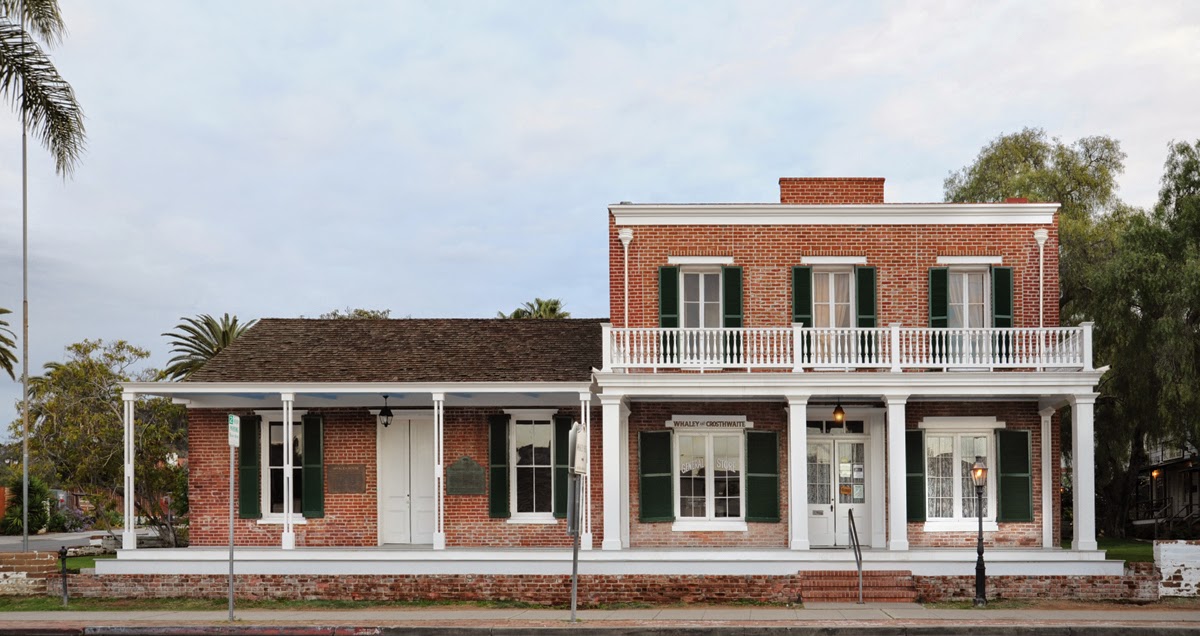 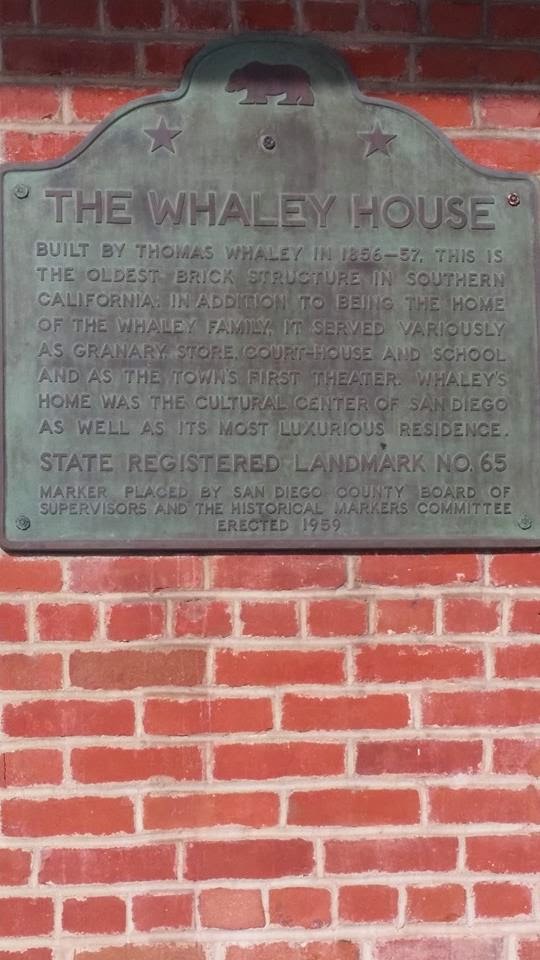 I have visited the Whaley house twice and every time I have been there I  always learn new interesting history behind it. Now a museum, people tour the house looking for ghosts and historical vibes.

The Whaley House built in 1857, was the home of Thomas Whaley and his family . At various times it also housed Whaley's general store, San Diego's second county courthouse, and the first commercial theater in San Diego. The house has witnessed more history than any other building in the city

During your tour you will see the courthouse room, some of the items that were sold in the general store, as well as the theater which is located upstairs.


Americas Most Haunted House in America 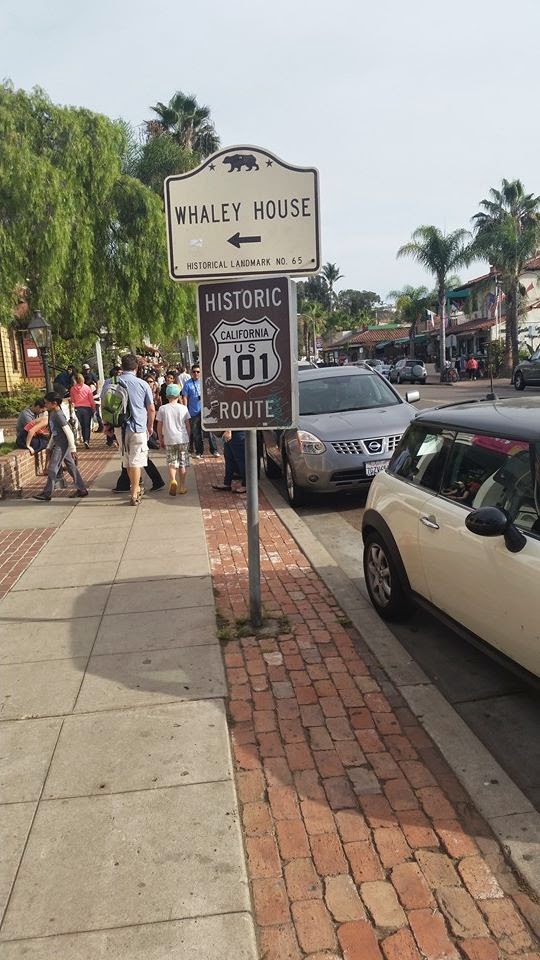 According to the Travel Channel's America's Most Haunted, the house is the number one most haunted house in the United States. The alleged hauntings of the Whaley House have been reported on numerous other television programs and been written up in countless publications and books since the house first opened as a museum in 1960


The earliest documented ghost at the Whaley House is "Yankee Jim." James (aka Santiago) Robinson was convicted of attempted grand larceny in San Diego in 1852, and hanged on a gallows off the back of a wagon on the site where the house now stands. The local newspaper reported that he "kept his feet in the wagon as long as possible, but was finally pulled off. He swung back and forth like a pendulum until he strangled to death." Although Thomas Whaley had been a spectator at the execution, he did not let it dissuade him from buying the property a few years later and building a home for his family there. 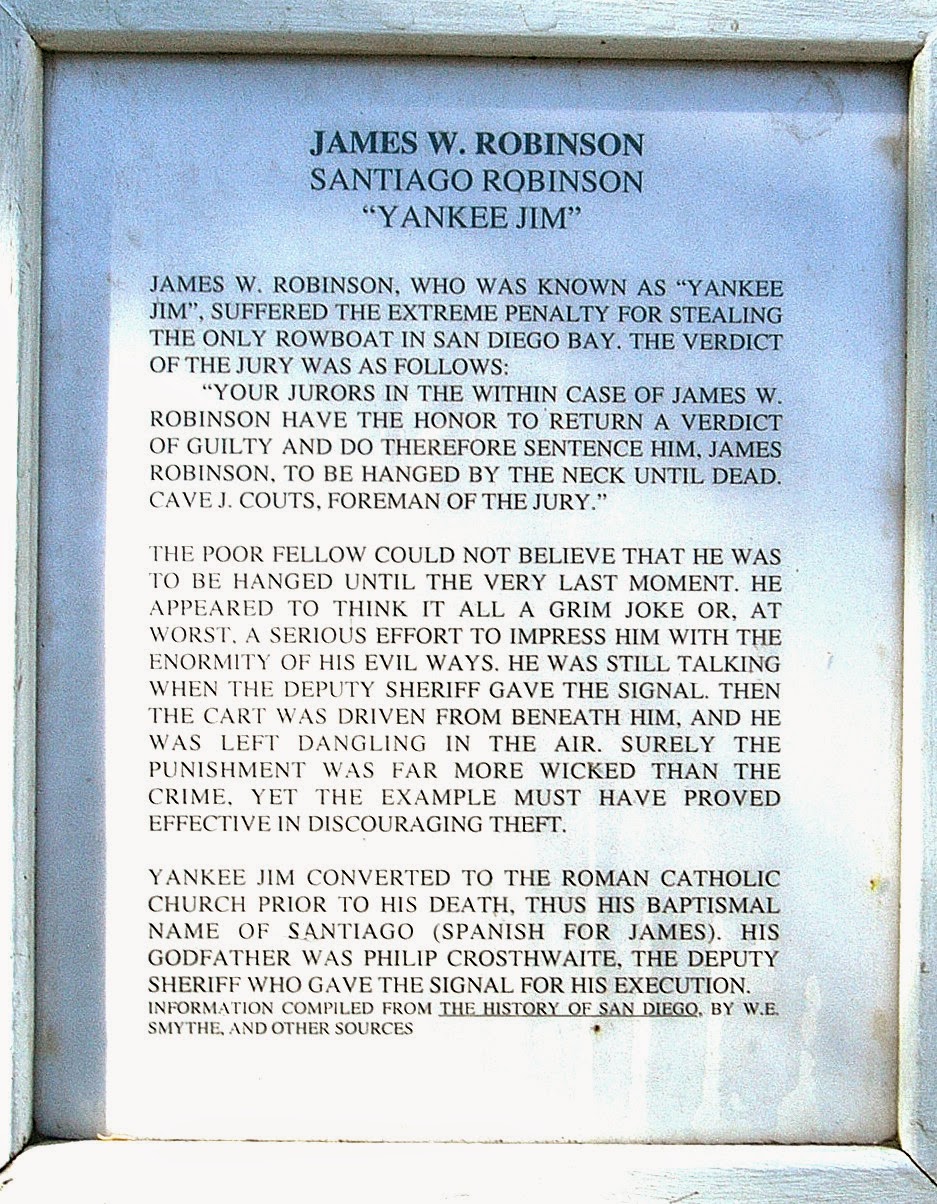 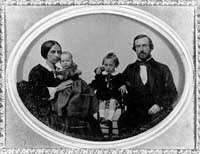 Many visitors to the house have reported encountering the entire Whaley family during museum tours. Many members of the Whaley family died at this house which also includes a suicide from one of the Whaley daughters, Violet Whaley.  The Whaley House stands silently watching over San Diego Avenue  right by Old Town San Diego.  Every day visitors come from around the world to tour the historic museum. 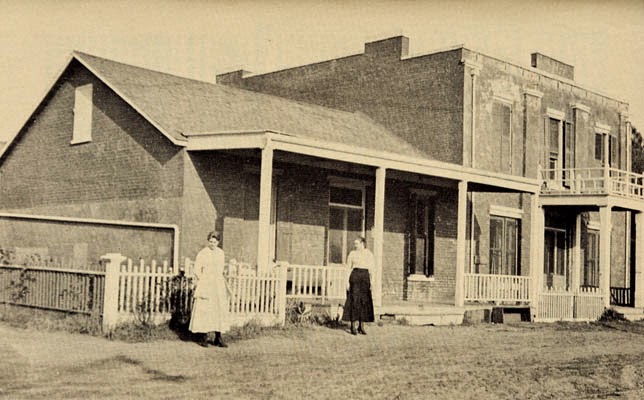 The Whaley House has been featured in many historical documentaries as well as a wide variety of paranormal and sci-fi shows, including SyFy's Channel's Fact or Fake: Paranormal Files and Travel Channel's Americas Most Haunted

In 2012 there was an independent low-budget movie titled The Haunting of Whaley House. Which uses the history of the Whaleys as the premise of the film. The movie can be found on Netflix.

Check out the trailer: