In the vicinity of Griffith Park, Bronson Cave trail is a very easy short trail that leads to a nice scene and man made caves. Bronson Cave is one of Hollywood’s favorite filming locations since the 1920's.

History of the Cave 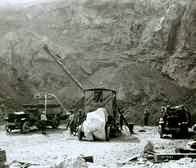 In 1903 the Union Rock Company used this canyon (known back then as Brush Canyon) for excavation of crushed rock to construct the City of Los Angeles which was rapidly expanding into a modern city. 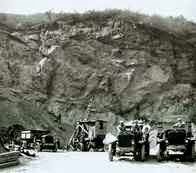 After vacating the area, all that was left behind were man made caves which through out the years  became known as the Bronson Cave after a nearby street.


The Cave in Films

The cave became a popular filming location since the 1920's, a few silent films were shot here. The cave became known to many as the Batcave as the cave was used for the popular Batman television series of the 60's. Other films that have been shot here , include the Wild Wild West which features Will Smith, The Scorpion King with The Rock, and horror film Cabin Fever (2002)


To get to the trailhead:  be on  Canyon Drive  and drive 1.4 miles to the end of the road at top of Bronson Canyon Park. There is a small parking area on the left, and a larger lot a tenth of a mile south of the trailhead on the right. Make sure you arrive early for easy access to parking. The trail to Bronson Cave can be very confusing, the trail  begins from the fire road on the right at the end of the road. If you continue going up you can get a trail that leads to the Hollywood Sign and the Griffith Park Observatory
Posted by Unknown at 6:32 PM