Who Knew #15 The First Latinos in Professional Sports

Sports in the United States  have served as ambassadors to politics and movements in society. We all know that Jackie Robinson was the first African American to play in an all white professional baseball team. However, not a lot of people know when Latinos broke the barrier, so in this post I want to take the time to write about the first Latinos in Professional sports. 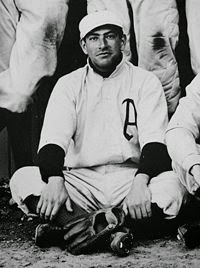 Although, Lou Castro was no a superstar, he became popular as he became the first Latin American player to play professional baseball.  Lou Castro brought in many controversies about his nationality. There are many theories about his come ups but one theory was that he could have been the son of General Cipriano Castro, president of Venezuela, who sent his son to attend college in New York, and became a baseball player. According to theories in order to hide his activities from his father, he changed his nationality on the school records and told everyone he was from Colombia.

The first Latino to play in the NBA was Alfred "Butch" Lee, who signed with the Atlanta Hawks in 1978 after starring at Marquette University. Butch Lee was born in Puerto Rico and raise in New York. Not only did he become the first Latino to play professional basketball, but he was also the #1 draft pick of the 1978 season.  Lee only played for 2 years but won a championship ring with the Los Angeles Lakers.

Horacio Llamas was the first Mexican born player to ever play in the NBA in 1996, he only played for two years.

The NBA currently lacks Latino basketball players, According to the 2013 NBA rosters, there are only 18 foreign-born Latino players and six U.S.-born players of Latino heritage.

Ignacio Saturnino (Lou) Molinet  was the first professional football player of Hispanic descent to play in the National Football League in 1927. Molinet was from Cuba and only played for one season with the Frankford Yellow Jackets.

Mexican in the NFL: Sergio Albert in 1974 who was a Kicker and only played one season.


As you can the first Latinos did not have successful careers, they weren't any Jackie Robinson comparisons but these athletes led the pathways to other Latino players. Baseball has the most players with Latino heritage but there also more baseball players than Basketball players.
Posted by Unknown at 9:50 PM