During my last semester at Cal State Long Beach, I took a Sociology class in Pop Culture and my final project was to give out a full day class lecture on a decade and connect some sociological framework that we had learned. During my research, I was in charge of the historical and political aspects of the 1950's. As some might know during the late 1940's, early 1950's, President Eisenhower’s political agenda was basically to contain Communism creating this "Red Scare". The 1950's brought in the beginning of a Cold War between the United States and Russia. In my presentation I discussed  the style of living due to this Cold War and talked about intriguing  bomb shelters and air raid sirens that existed in  Los Angeles.

Like many aspects of the Cold War, Civil Defense Sirens became part of people’s daily lives all throughout the United States.  In Los Angeles, sirens were tested in unison at 10 a.m. on the last Friday of every month. Typically these sirens were placed atop tall fire stations or attached to 30-foot steel poles; residents would hear a loud blast from the sirens. More than 250 civil defense siren towers were activated throughout the streets of LA. These sirens were supposed to alert people about a Russian attack so they could find shelter.

According to the LA Times,

By 1980, then-Sheriff Peter J. Pitchess reported that the sirens were "virtually useless." The federal government stopped providing for the sirens' upkeep. Officials discovered that parts were hard to find, that many sirens no longer worked, and that removing them would cost more than $250,000.
Monthly siren tests were silenced in January 1985 by order of the Los Angeles County Board of Supervisors. Then-Supervisor Kenneth Hahn said the system gave citizens a "false sense of security" and false alarms "panic[ked] people at 2 o'clock in the morning

There are around 150 sirens still visible within city limits of Los Angeles, just the other day as I was driving home from work, I looked up in one of street lights and realized there was one up there. (I have yet had the opportunity to take a picture of it)
Here is a link to a map with all the locations of air raid sirens in Los Angeles.
http://wirechief.com/sirens/map.htm 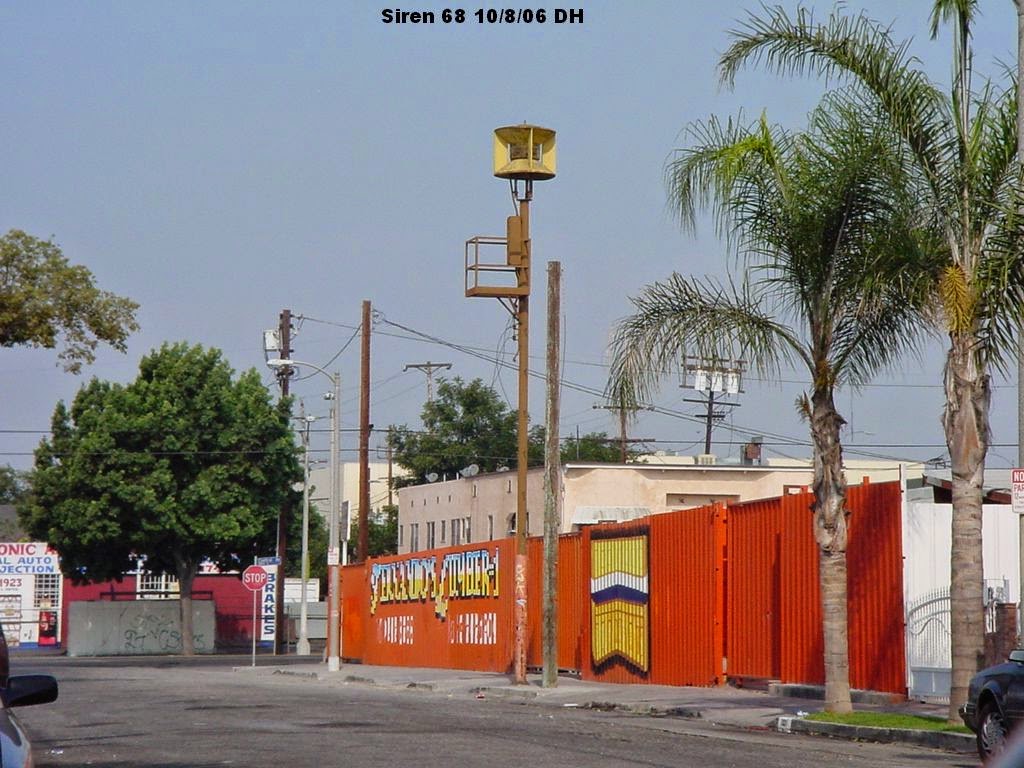 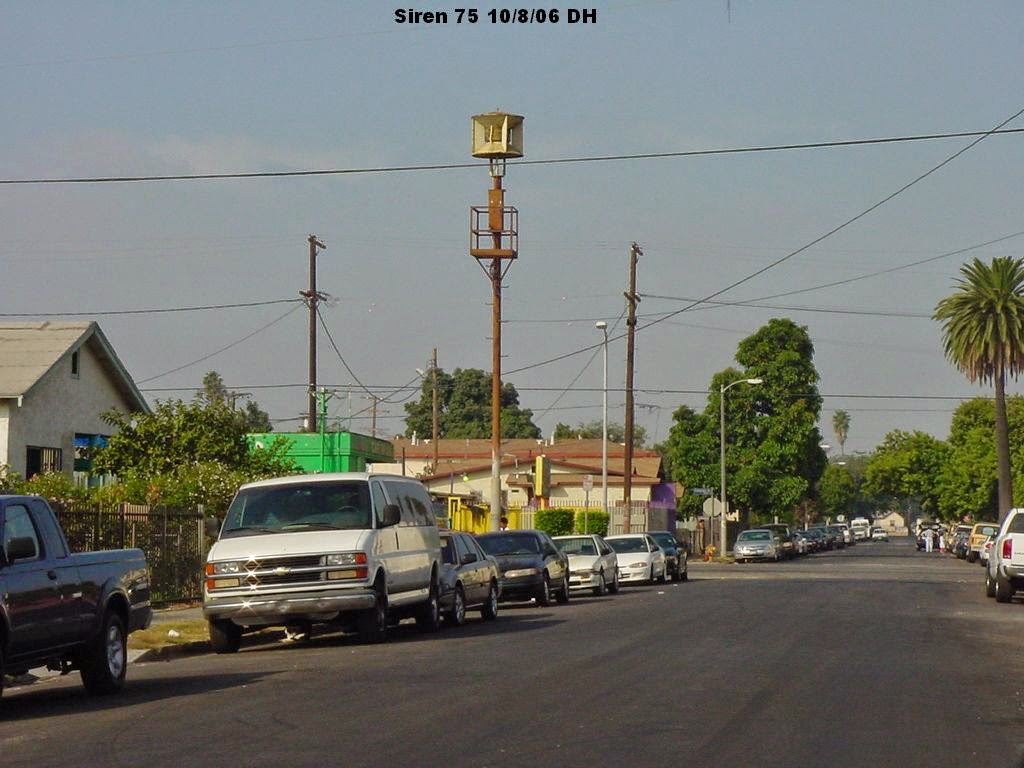