In Altadena, Lake Avenue, lies a 107-acre playground for hikers and explorers called the Cobb Estate.  Some may know it as the "haunted forest" or "enchanted forest" due to tremendous number of rumors and dark history, but to some  it's just an into the wild escape from the city where you can hike up to the ruins of an early 1900s vacation spot. 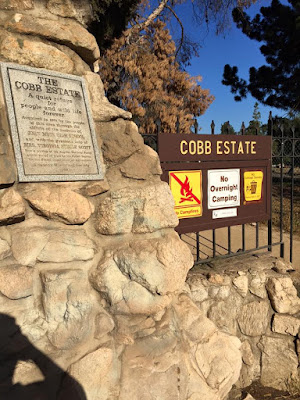 The hike begins in the intersection of Lake Avenue and Alta Loma Drive. You will not miss the chilling yet welcoming Cobb Estate Gate. The hike has a nice and  shady flat walk for about .5 of a mile until you choose the Sam Merrill Trial, then its a physical conditioning battle. The uphill trail takes about two hours to the ruins of Echo Mountain. (Water is highly recommended)

After a 2.8 mile incline hike you will reach the foundations of the once-luxurious, turn-.of-the-century hotel, and the remains of its incline railway.

The Mount Lowe Railway was created in 1893 as a tourist attraction on Echo Mountain. The railway, originally incorporated by Professor Thaddeus S. C. Lowe as the Pasadena & Mt. Wilson Railroad Company  existed from 1893 until its official abandonment in 1938, and had the distinction of being the only scenic mountain, electric traction railroad ever built in the United States.

The sole purpose of the Mount Lowe Railway was to take passengers to the  great magical land  called "The White City", which was known as a resort. At the time, it cost $5 dollars to hop on to the electric tram to this resort. (Estimated at $1,000 current value)


On January 6, 1993, the Mount Lowe Railway was listed on the National Register of Historic Places and the remains are scattered for history seekers.

As previously mentioned the Mount Lowe Railway was created in order to get tourist to stay at the Echo Mountain House. The house was constructed and finished in 1894.  According to the Los Angeles Public Library the building was 4 stories tall and had very modern  amenities.

The entire inside of the hotel was finished in natural wood. There were 70 sleeping rooms, plus large areas devoted to office space and recreation. There was a 40 by 80 foot social hall, a dining room, souvenir shop, Western Union office, bowling alley, billiard room, barbershop and shoeshine stand 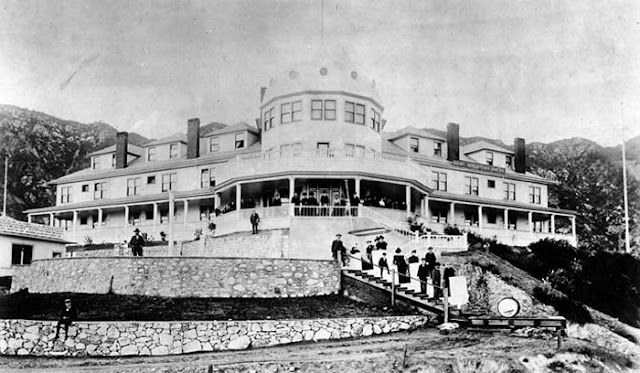 The Demise of Echo Mountain

What seemed like a great magical resort turned into a magical disaster.  A series of natural disasters ate away at the facilities, the first of which was a kitchen fire that destroyed the Echo Mountain House. In 1909 a flood destroyed most of the hotel and its repairs was costly. The ten year old hotel was not being as profitable as expected. In 1938, the entire area was abandoned and simply left as memory. 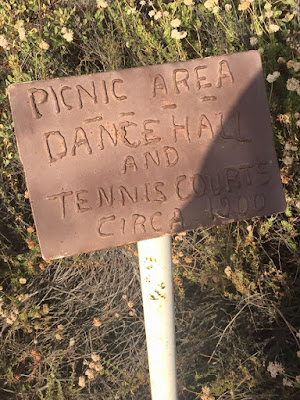 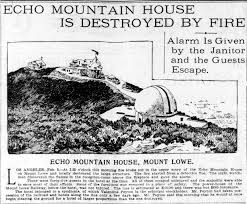 Who knew that the last time the Los Angeles Dodgers hosted a MLB All Star game was in 1980. That is exactly 35 years ago without an All Star Game in Hollywood. There has been many teams who have already hosted the Summer Classic at least twice since 1980. As of now there is not set feature date for an All Star Game in LA, however the earliest Dodger Stadium can host would be after the 2018 season. 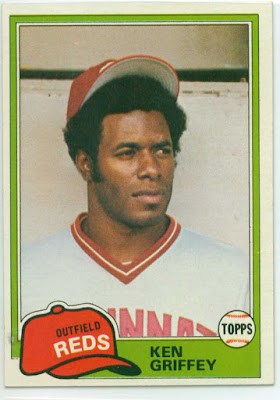 This All-Star Game would be known for some exemplary pitching performances. The game resulted in a 4-2 victory for the National League and the MVP of the game was Ken Griffey Sr. who played for the Cincinnati Reds.

Posted by Unknown at 9:13 PM No comments: