I wanted to write a post about the Made In America Festival because it was the first annual festival in Los Angeles. Perhaps one day someone will be posting a blog post wth vintage 2014 pictures of this event or maybe its the one and only in Los Angeles.

On April 16, 2014 Jay Z and Eric Garcetti held a press conference to announce that the Budweiser Made In America would take place in the heart of Los Angeles during the Labor Day Weekend. This announcement generate different perspectives from residents in Los Angeles, some criticized the event, claiming it would lead to street closure chaos, heavy use or narcotics and vandalism at Grand Park. The positives of the event which were provided by the mayor himself claim a heavy injection of millions of dollars to the Los Angeles Economy. 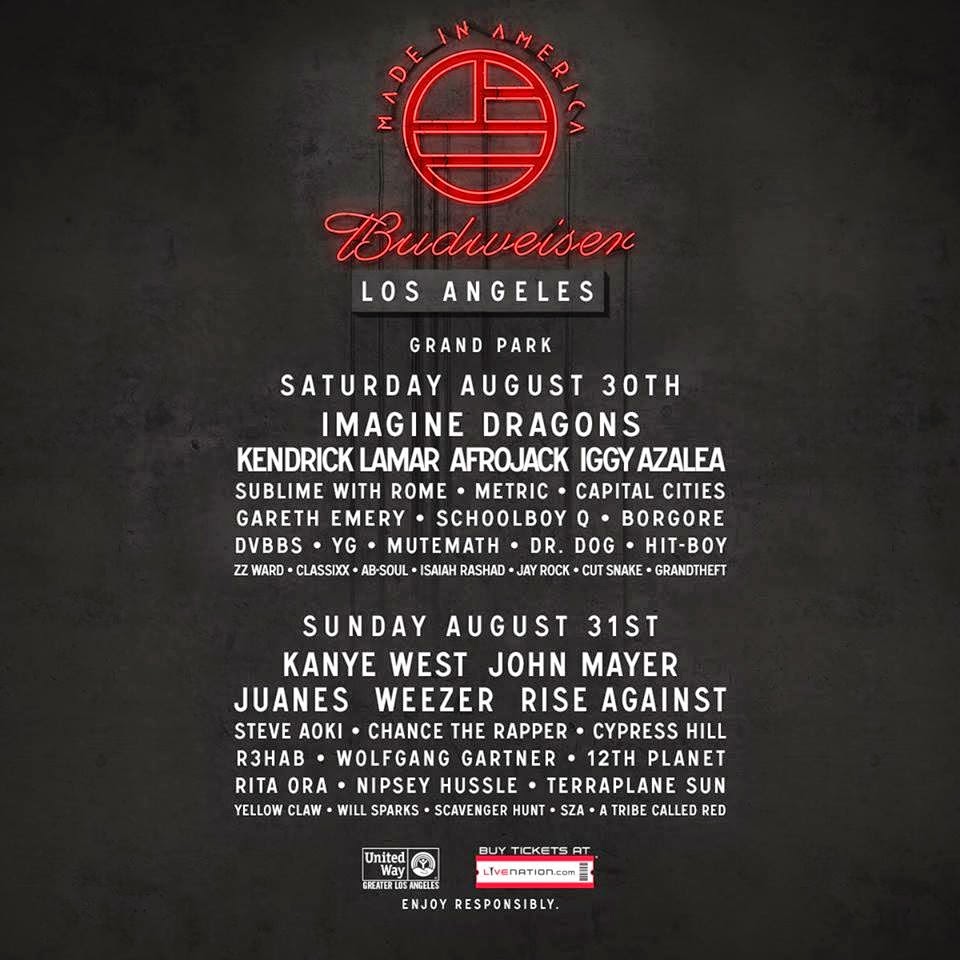 The event itself was great, it feature some glitches the first day but the second day they had seem to fix those problems. On Saturday there were huge  lines to buy drinks and beer gardens were a waste of time. There was a lot of confusion on which stage the artist would perform. On Sunday that all seemed to be fixed lines were shorter and it just seemed more organize.

According to the LA Times, the event drew an estimate of 35,000 people a day which was a little less that there actually prediction of 50,000.

In opinion, this festival was great,  it does require a few tweaks but nothing big that would lead to questioning not having a 2nd festival.