October baseball calls for historic memories. By 1932 Babe Ruth was already past his prime, he was no longer the best hitter in baseball. Still to come, however, was the single most dramatic -- and mysterious moment of his career: his "called-shot" 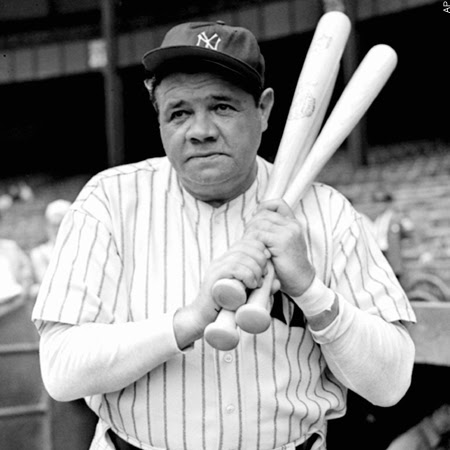 
It’s Saturday, October 1, 1932 at Wrigley Field in Chicago. It’s a bright and sunny day. It’s Game 3 of the World Series between the New York Yankees and the Chicago Cubs. And the grandstands are jam-packed with nearly 50,000 fans.

Before the start of the game, the tension between the teams is high. “Trash-talking” of the day is at its peak between the two teams. Both the Cubs players and their fans are particularly focused on hurling taunts toward the Babe. Some of the comments are pretty tough.

The Babe steps up to the plate, but then steps back out of the batter’s box for a moment and apparently gestures toward center field. And the “smack” is silenced as the crack of Babe’s bat is heard and he smashes a big, booming homerun over the wall near the flagpole in center field. Some say it was the longest homer ever hit out of Wrigley Field.

And in those moments, with emotions and agitation among teams, players and fans running high, this particular turn at the plate and the ensuing homer created the legend of Babe’s Called Shot. Was it truth, rather than legend? Was Babe pointing at the spot he planned to land his homer or was he pointing at Root? Or was he simply gesturing in general? No one really knows for sure. 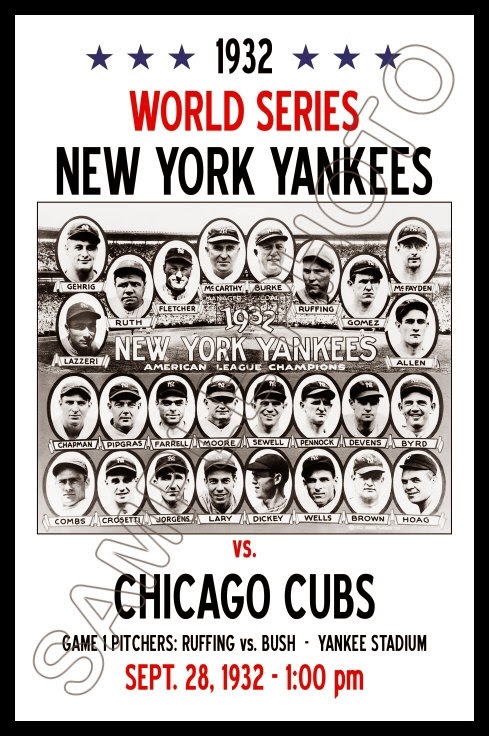 Although Babe Ruth calling his shot sounds legendary, did he really do it?  When asked he never denied it but also never confirm it. Other players and eyewitnesses to the events of that day were split, with some confirming the Called Shot and others saying the Babe simply pointed to the Cubs dugout. In the 80′s and 90′s a few 16mm films from fans were discovered, with one seeming to confirm the truth of the legend and the other refuting it.

Here's a video that also documents this mystery!

Posted by Unknown at 1:24 PM No comments: